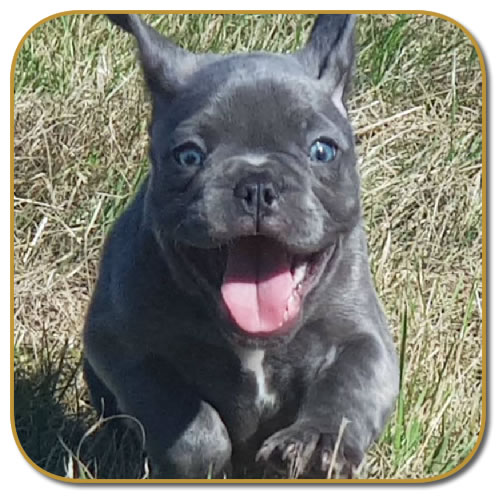 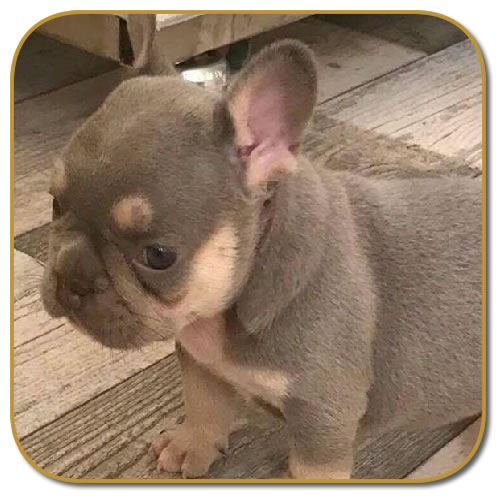 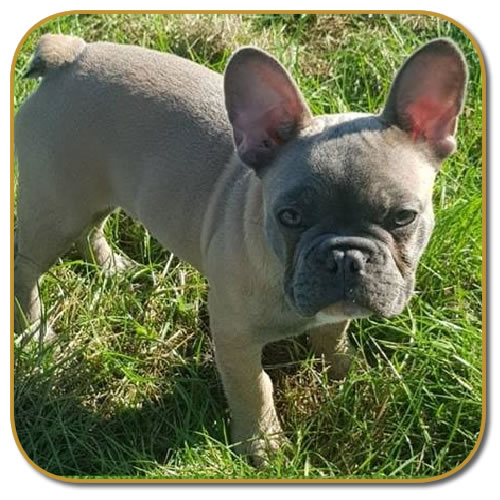 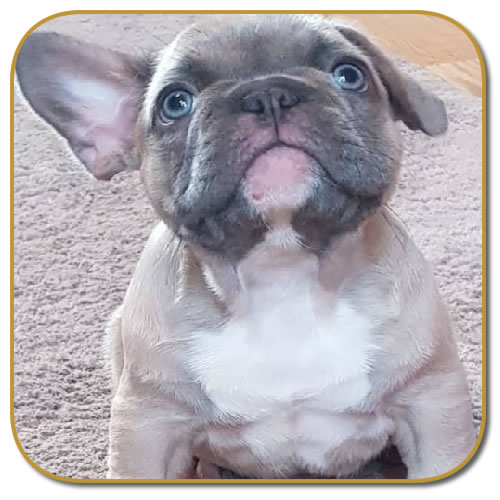 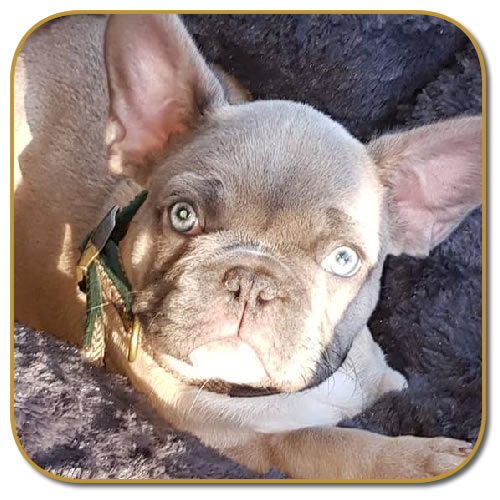 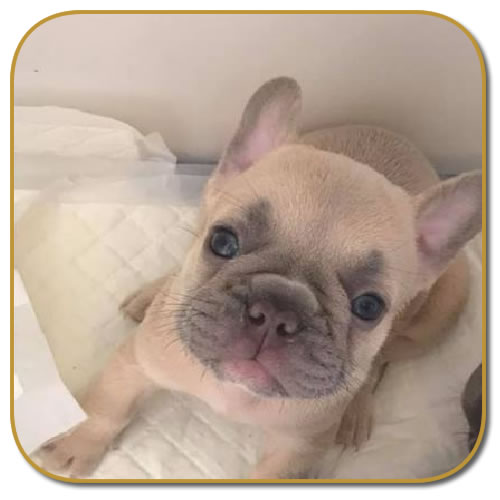 French Bulldogs have become the most popular breed in the UK and for good reason. French Bulldogs are very friendly, easy to train and extremely adaptable

French Bulldogs are small in size and its playful, good-natured and friendly character easily adapts to different environments making French bulldog’s a very popular dog. French Bulldogs love lots of attention and love to spend time with their owners. when properly trained and handled French bulldogs are great addition to any home.

French Bulldogs are intelligent with a mischievous and playful streak. French Bulldog become a little protective of their owners and will occasionally need a gentle reminder about who is in charge. French Bulldog are usually good around children, although it is best to always supervise any encounters children have with any breed of dog.

French Bulldogs muzzle is broad and deep with a nose that should be extremely short and black in colour, except in the case of the lighter-coloured dogs, where a lighter colour is acceptable. French Bulldogs under jaw is undershot and turned up, but neat.

French Bulldogs Eyes are wide apart, set low down in the skull, as far from the ears as possible, being round and moderate in size. A French Bulldog's ears are a distinctive shape often referred to as 'bat ears', they are broad at the base, elongated, rounded at the tops and set high on the French Bulldogs head.

A French Bulldog's coat is short and fine and comes in a variety colours, the accepted colours for Kennel Club registration being as follows:

The most common colour is brindle, then fawn with pied being less common than the other colours. Breed clubs do not recognise any other colours or patterns. A French Bulldogs skin should be soft and loose, especially at the head and shoulders, forming the French Bulldog's characteristic folds and wrinkles.

10 -12 weeks old, bearing in mind that a French Bulldog puppy would not have full protection straight away, but would be fully protected 2 weeks after they have had their second vaccination

There has been a lot of discussion about the need for French Bulldogs to have boosters. As such, it's best to talk to a vet before making a final decision on whether a French Bulldog should continue to have annual vaccinations which are known as boosters.

A French Bulldog would be quick off the mark to let an owner know when there are visitors at the door or when strangers are about, but French Bulldogs are not the best watchdogs because of their very social natures.

French Bulldogs are quite intelligent, but French Bulldogs do have a bit of a stubborn streak in them at times. The good news is that these little dogs like nothing better than to please which in short, means that with the right sort of handling they are easy to train. With this said, French Bulldogs training needs to start early and it's essential that it remains consistent throughout a dog's life.

Children and Other Pets

Thanks to French Bulldogs gentle natures and providing French Bulldogs are well socialised from a young age, they generally get on well with other animals and family pets. Early socialisation is essential as it will enhance their laid back but playful natures. French Bulldogs are also noted for being a breed that gets along extremely well with children of all ages because French Bulldogs always display a lot of patience and kindness towards younger members of a family, which is just another reason French Bulldogs have consistently remained high up on the list as a popular choice of family pet.

However, it always pays to take things slowly, quietly and smoothly when any dog first meets another animal or dog they have never encountered before to avoid any aggressive behaviours. If a French Bulldogs has grown up with a family cat, they generally form strong bonds with each other, but the same cannot be said of any other cats they might meet which they would happily chase away. Care should be taken when French Bulldogs are around small animals and pets thanks to French Bulldogs high prey drive.

What about spaying and neutering?

Caring for a French Bulldog

Caring for a French Bulldog puppy

French Bulldog puppies are boisterous and fun-loving as well as being incredibly cute. The good news is that French Bulldogs are easy to housetrain and will quickly learn where to do their business when given the right sort of gentle guidance and direction. However, there may be an accident or two along the way which is to be expected from a young French Bulldog puppy when they first arrive in a new home. 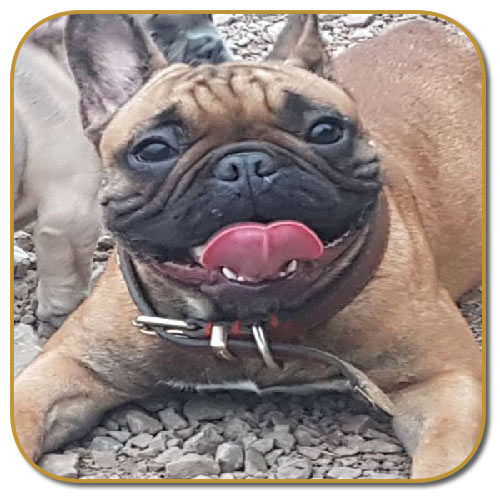 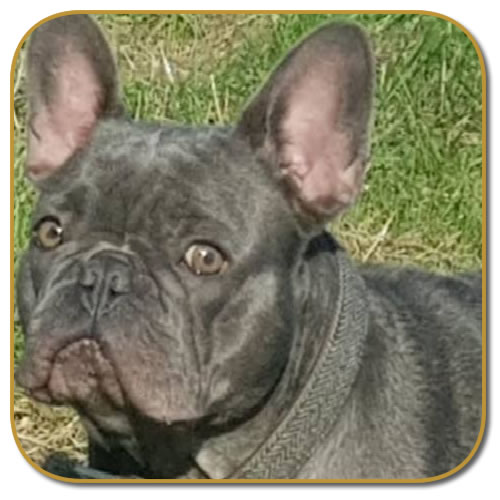 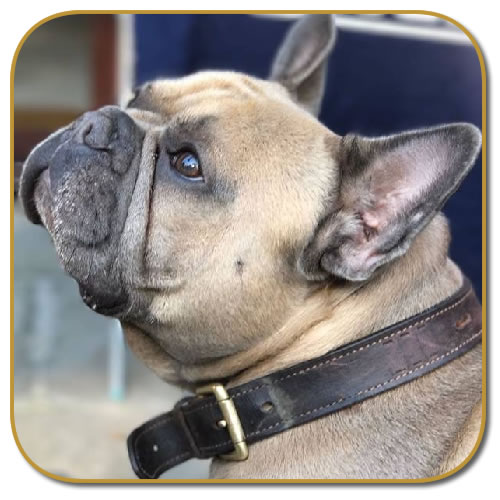 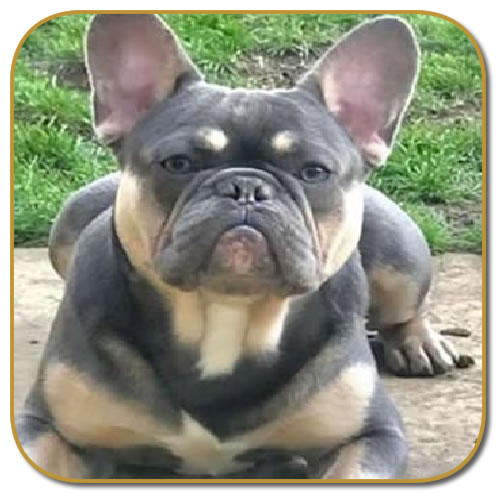 As a family run company of bulldog breeders we take our responsibilities to you and your dogs very seriously. ChubbaChops only sells bulldog pups which we have bread in our UK kennels. All puppies are raised to the highest standards and leave us with a guarantee of quality and health, we never refuse a puppy being returned. 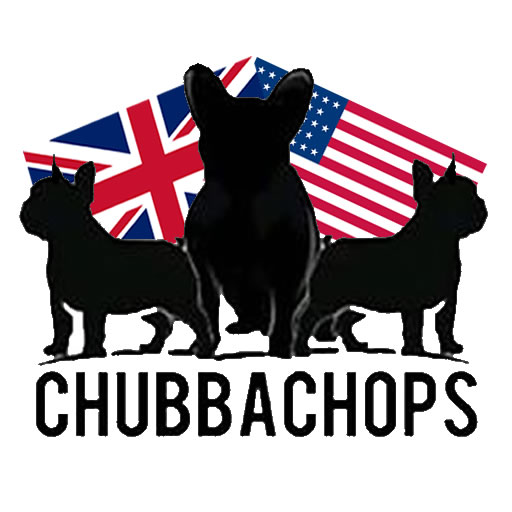